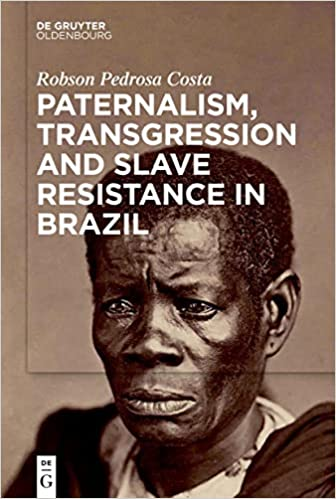 Tramps, lazy, cheaters. Expressions like these were widely used by several masters in view of the multiple forms of transgressions committed by slaves. This type of (dis) qualification gained an even stronger contour in properties controlled by religious orders, which tried to impose moralizing measures on the enslaved population. In this book, the reader will come across a peculiar form of management, highly centralized and commanded by one of the most important religious corporations in Brazil: the Order of Saint Benedict. The Institutional Paternalism built by this institution throughout the 18th and 19th centuries was able to stimulate, among the enslaved, the yearning for freedom and autonomy, 'prizes' granted only to those who fit the Benedictines' moral expectation, based on obedience, discipline and punishment. The "incorrigible" should be sold while the "meek" would be rewarded. The monks then became large slaveholders, recognized nationally as great managers. However behind this success, they had to learn to deal with the stubborn resistance of those who refused to peacefully surrender their bodies and minds, resulting in negotiations and concessions that caused disturbances, moments of instability and internal disputes. 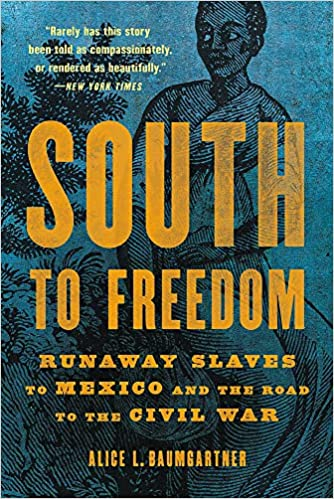 A “gripping and poignant” (Wall Street Journal) account of the coming of the American Civil War, showing the crucial role of slaves who escaped to Mexico

The Underground Railroad to the North promised salvation to many American slaves before the Civil War. But thousands of people in the south-central United States escaped slavery not by heading north but by crossing the southern border into Mexico, where slavery was abolished in 1837.

In South to Freedom, prize-winning historian Alice L. Baumgartner tells the story of why Mexico abolished slavery and how its increasingly radical antislavery policies fueled the sectional crisis in the United States. Southerners hoped that annexing Texas and invading Mexico in the 1840s would stop runaways and secure slavery’s future. Instead, the seizure of Alta California and Nuevo México upset the delicate political balance between free and slave states. This is an essential new perspective on antebellum America and the causes of the Civil War. 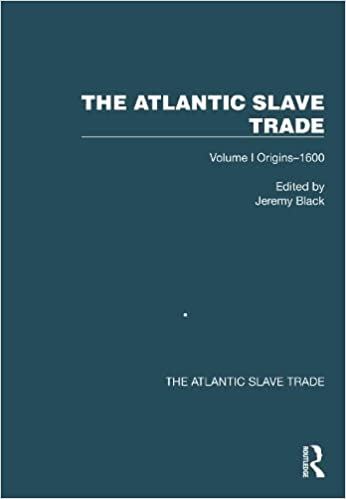 Originally published as a collection in 2006, this volume covers the Atlantic slave trade from its origins to 1600, the selection of essays here look at the reasons for the causes of slavery and serfdom; slavery in Africa; the development of the slave trade; the demographic situation in Latin America; and European attitudes to slavery as an institution. The volume also has an introduction by the editor commenting on the contribution each essay makes. 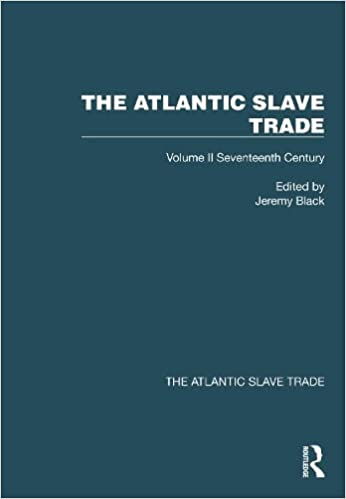 Originally published as a collection in 2006, this volume discusses the development of the Atlantic slave trade in the seventeenth century, looking at issues such as how African societies reacted to the trade; the economic origins of black slavery in the British West Indies; and the growth of plantations responding to changes in European diet – particularly the rise of the sugar economy. The volume also has an introduction by the editor commenting on the contribution each essay makes. 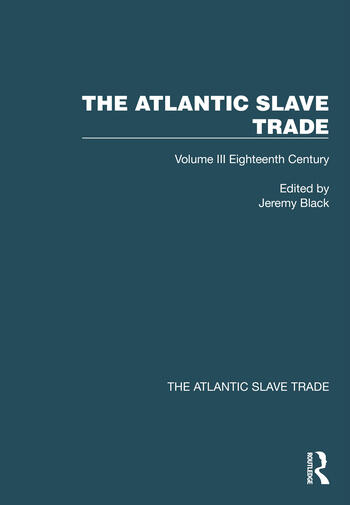 Originally published as a collection in 2006, this volume looks at the eighteenth century, which saw the high point of the Atlantic slave trade. It contains essays which examine the commercial and financial structure of the British slave trade; the contribution of other European countries to the trade; and the effects of the trade on West and West Central Africa. The volume also has an introduction by the editor commenting on the contribution each essay makes. 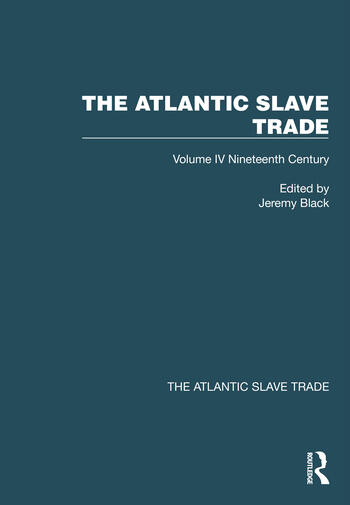 Originally published as a collection in 2006, the essays in this volume discuss the reasons for the end of the slave trade and the institution of slavery itself. They examine the rise of the abolitionist movement in different countries and how the move towards abolition was swifter in some areas than others. Attention is also paid to the economic consequences of abolition, popular attitudes to abolition and the role of the Church. The volume also has an introduction by the editor commenting on the contribution each essay makes. 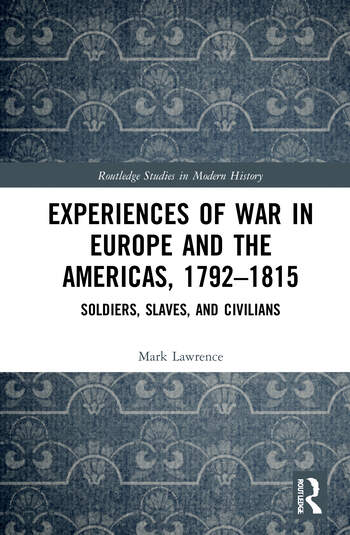 This work seeks to offer a new way of viewing the French Wars of 1792–1815. Most studies of this period offer international, political, and military analyses using the French Revolution and Napoleon as the prime mover. But this book focuses on military and civilian responses to French Revolutionary and Napoleonic wars, throughout the rest of Europe and the Americas. It shows how the unprecedented mobilization of this era forged a generation of soldiers and civilians sharing a common experience of suffering, bequeathing the West with a new veteran sensibility. Using a range of sources, especially memoirs, this book reveals the adventure and suffering confronting ordinary soldiers campaigning in Europe and the Americas, and the burdens imposed on civilians enduring rising and falling empires across the West. It also reveals how the wars liberated slaves, serfs, and common people through revolutions and insurgencies.

Login to quote this blog

You cannot quote because this article is private.